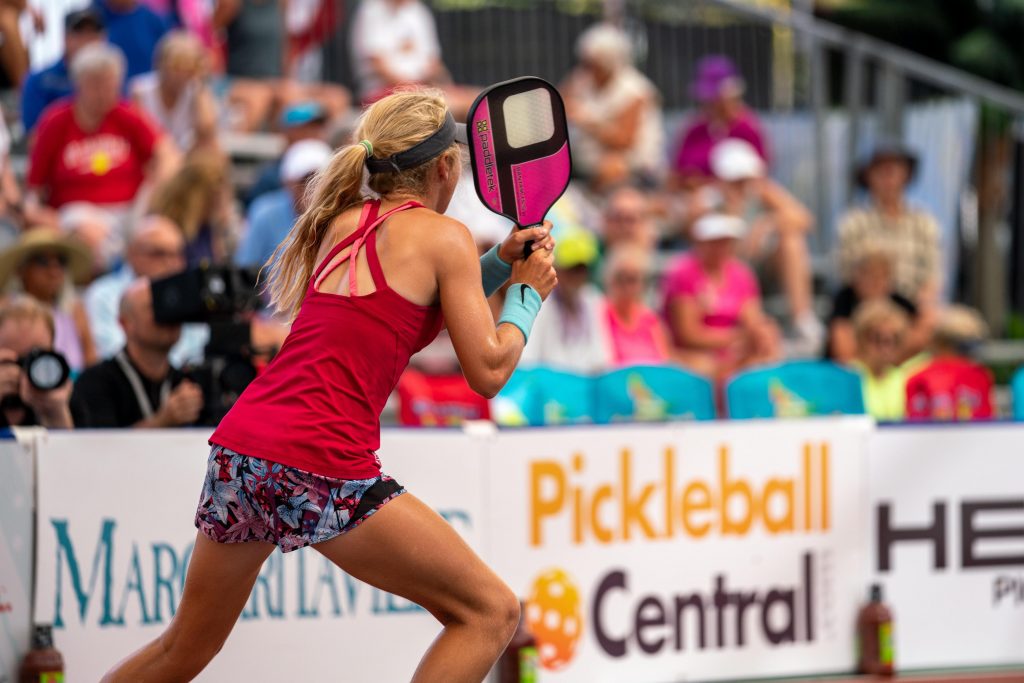 At International Virtual Learning Academy, we have the honor of working with students who have unique career aspirations, hobbies, and talents. From actors and athletes to musicians and published authors, IVLA students find that flexibility in their education allows them to hone in on their extracurricular crafts. We encourage and support our students in pursuing their talents and making the most of their abilities.

Most recently we interviewed Anna Leigh Waters, an IVLA student known as the youngest pickleball professional. Anna loves traveling for the sport, playing with her mother as a professional team. However, at such a young age, neither Anna or her family were willing to sacrifice her education in order to become a pickleball champion. That's when they turned to IVLA, looking for a solution to allow Anna to receive a top education while working on her professional career as a pickleball player.

Anna shared her story with us below:

"My name is Anna Leigh Waters. I am twelve years old, and I play professional pickleball. I have been playing for about two years now and when I started it was just for fun.  Now I am traveling the country playing Pro in this wonderful sport. These past two years have been amazing and unforgettable. My mom and I have beaten the top pro teams in the past few months and the best part is I’m the youngest pickleball professional. They call us the mother daughter duo!

I started playing pickleball when my family evacuated Florida during hurricane Irma. We went to Pennsylvania where my grandparents live and my grandfather plays pickleball. At first, we thought it was silly game, but when we played, we were hooked! After the hurricane was over, we came back to Florida and kept playing.  Soon we learned how competitive the sport was and how many amazing athletes played professionally.  If you had told me then that I was going to play professional, I probably would not have believed you, but here I am two years later. Not only am I a pro, but I also have a sponsorship with Paddletek, a leading pickleball company that makes the paddle I use. 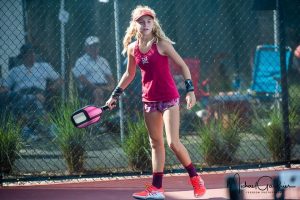 This year I am traveling to Georgia, California, Utah, Texas, Kansas, Nevada, Michigan, and Illinois for pickleball tournaments. I am also playing in some tournaments in Florida. Hopefully I’ll come home with a few gold medals! I have met many new friends in this sport. Since I am one of the younger players, I have a lot of friends who are in their twenties through eighties.

I don’t just play pickleball! I also play competitive Gold level U14 soccer. This summer, I am going to Spain representing the United States as we play other countries in the Danone Cup. I am so excited and can’t wait for the experience!

Playing pickleball has changed my life for the better, and I am so thankful that I can play at such a high level and succeed! I’m Anna Leigh Waters and this is my story!"

Want to see more of Anna and her talents? Watch her play during the 2019 Florida Grand Slam WDOpen.

Meet IVLA high school student, Mario Richmagui! Mario lives in Honduras and has been playing tennis since he was six years old! He started at IVLA one year ago, and his school and tennis performance have both improved during that time due to the flexibility that IVLA offers! Learn more about him by watching his […]

IVLA is excited to announce the winners of our High School Scary Story & Art Contest! We received many scary, creepy, and spooky submissions from our creative students. Thank you to everyone who submitted a story, piece of art, or both! Please take in and enjoy the talented winning pieces below. Scary Story Winners   […]

Meet IVLA middle school student, Izi Cisneros! Izi is in 8th grade, lives in Ecuador, and has been bouldering since she was five years old! She's about to compete in her first USA Climbing Youth Qualifiers. Go, Izi! Learn more about her by watching her Student Spotlight video below.